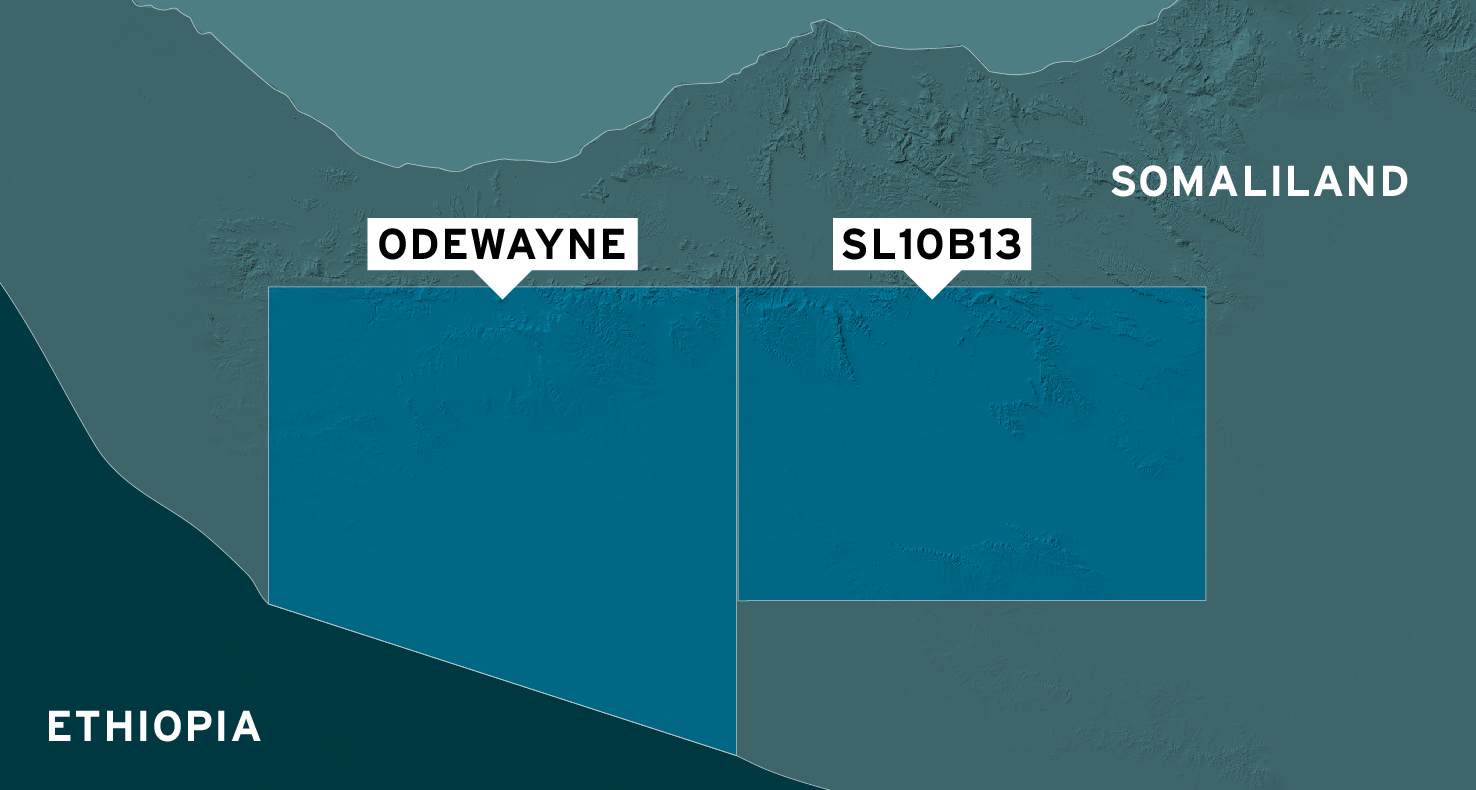 Somaliland is a highly prospective, onshore exploration province, and Genel is targeting resources of over two billion barrels of oil.

In August 2012, Genel was awarded an exploration licence for onshore blocks SL-10-B and SL-13 in Somaliland. Genel extended its presence in November 2012 with the acquisition of 50% participating interest in the Odewayne Production Sharing Agreement which covers blocks SL-6, SL-7, SL-10A.

Onshore Somaliland is a relatively unexplored region, with few exploration wells drilled. The total size of the blocks is approximately equivalent to the entire Kurdistan Region of Iraq.

In December 2021 Genel announced the signing of a farm-out agreement relating to the SL10B13 block with OPIC Somaliland Corporation (‘OSC’), with all its share of future capital investment coming from CPC Corporation, Taiwan, the state-owned enterprise of Taiwan. Under the agreement, OSC received a 49% working interest in the block for a cash consideration of 49% of all Genel’s historic back costs, plus a cash premium. Genel previously held a 100% working interest, and will continue as operator.

Preparation is now under way for the drilling of a well on the highly prospective SL10B13 block. The prospect to be drilled has been identified, agreed with our partner, and an optimal well location selected in order to best target the stacked Mesozoic reservoir objectives with individual prospective resource estimates ranging from 100 to 200 MMbbls.

The geotechnical survey has now completed as we progress towards construction of the well pad. Environmental and social impact assessments are underway, and tendering has commenced for the rig and well services.

The prospective SL10B13 area is c.150 kilometres from the port at Berbera, offering a route to international markets.